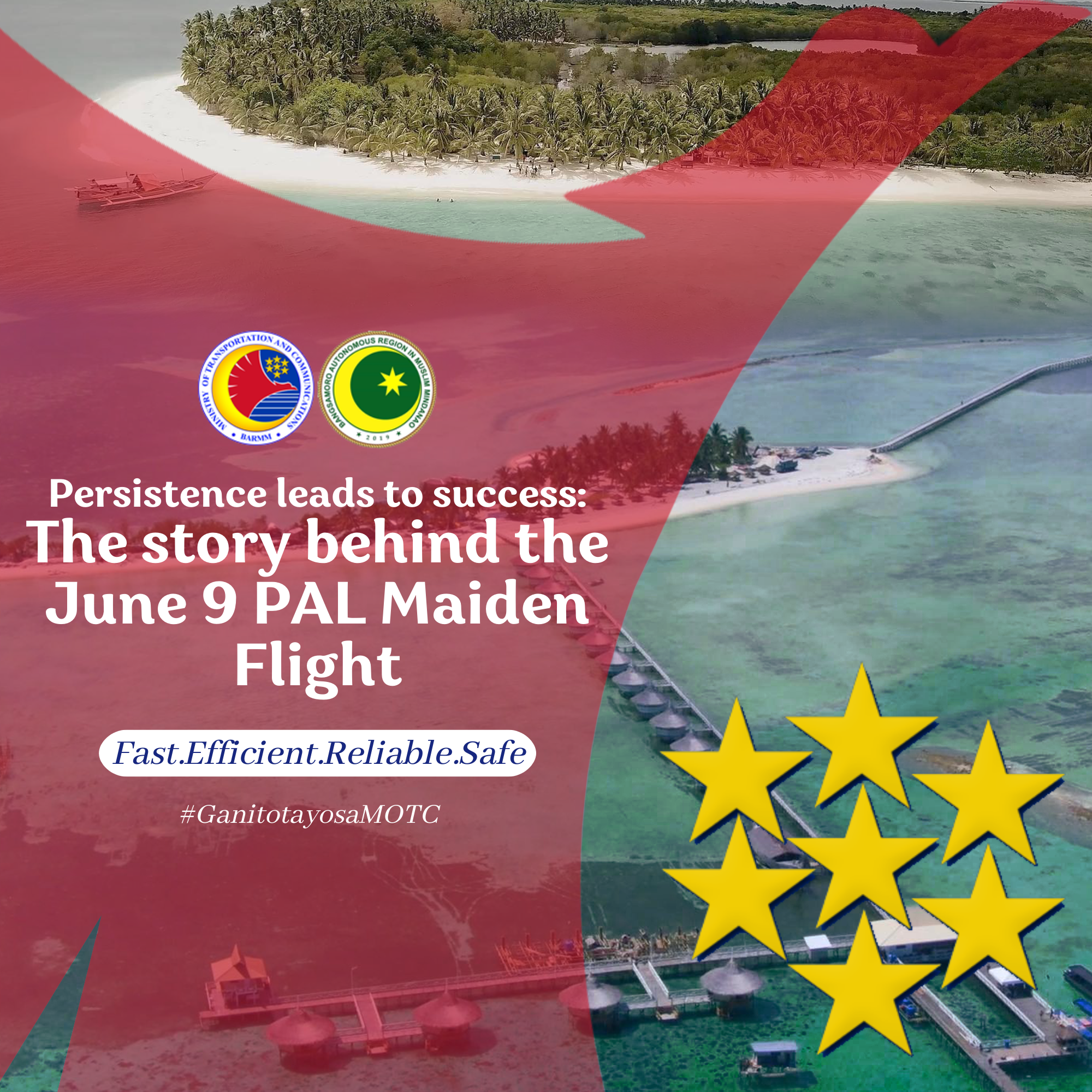 Persistence leads to success: The story behind the June 9 PAL Maiden Flight

Seven months after the first high-level meeting between the Ministry of Transportation and Communications and Philippine Airlines, the PAL maiden flight from Cotabato City and Bongao, Tawi-Tawi, and vice-versa, will finally push through on June 9, 2022.

The first tentative schedule agreed upon was December 20, 2021. But Super-Typhoon Odette struck, affecting much of Mindanao and Visayas from December 11-21 so that flight did not push through. Then stricter travel restrictions were imposed for most of the first quarter of 2022 because of the Omicron variant of Covid. There was also the election period to consider; and then Typhoon Agaton in April.

But through all of those intervening events, talks continued between MOTC and PAL and the latter remained committed to opening its first route entirely within BARMM, connecting the mainland and one of the island-provinces. The latest of these talks was last May 18, 2022.

In addition, MOTC coordinated closely with the Department of Transportation which is implementing a project to develop further the Sanga-Sanga Airport in Tawi-Tawi in several phases. This project includes a new passenger terminal building by 2025. MOTC also requested that DOTr’s passenger terminal building project in Awang Airport in Cotabato City be completed as soon as possible as it is already overdue.

During a visit to Bongao, Tawi-Tawi last May 23, Minister Hermoso appealed as well to local government officials and the business sector to patronize the flights in the new Cotabato-Bongao-Cotabato route.

With the June 9 maiden flight trending in social media, the prospects for continued and even more flights appear bright. Next, Jolo.