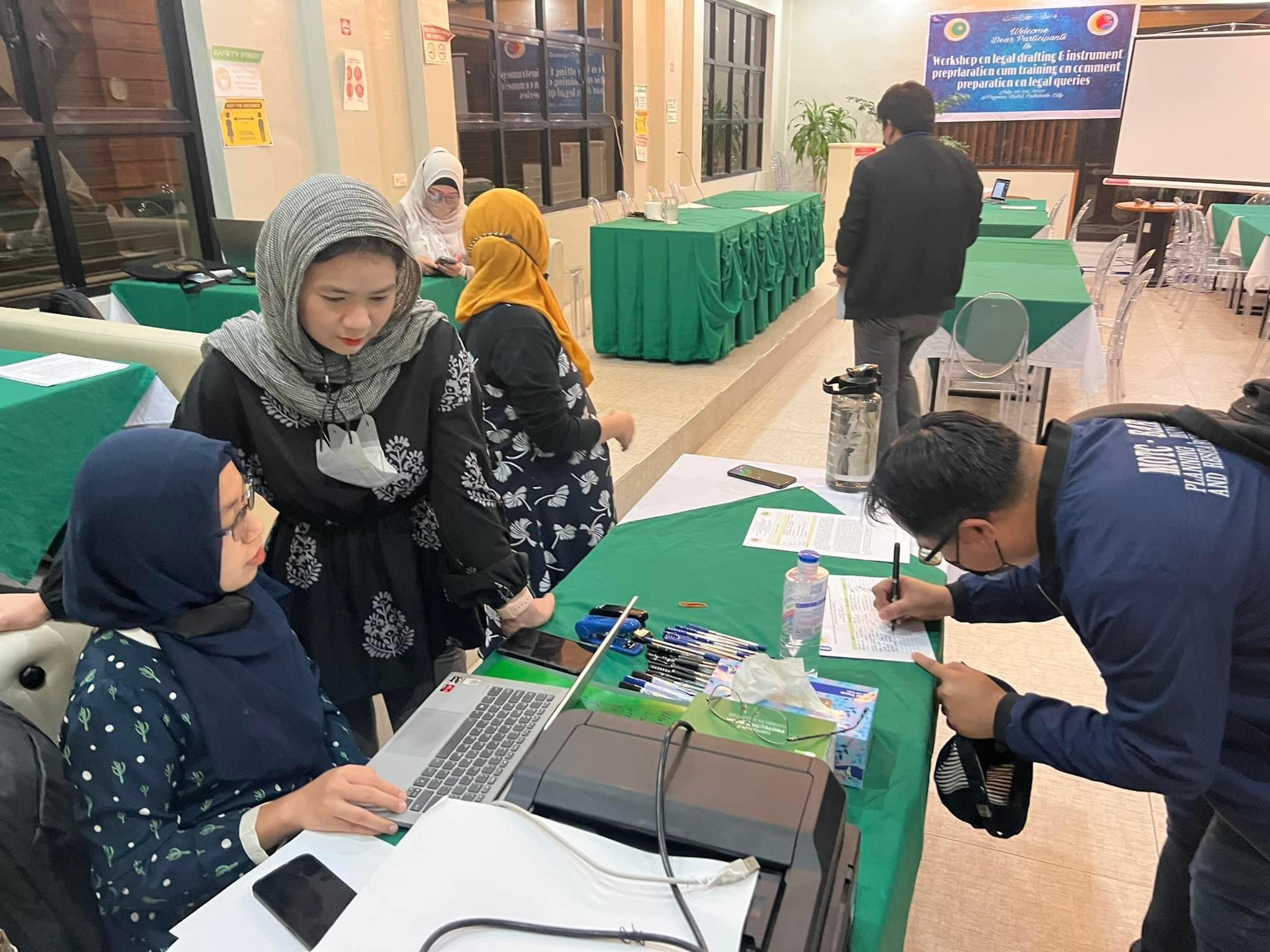 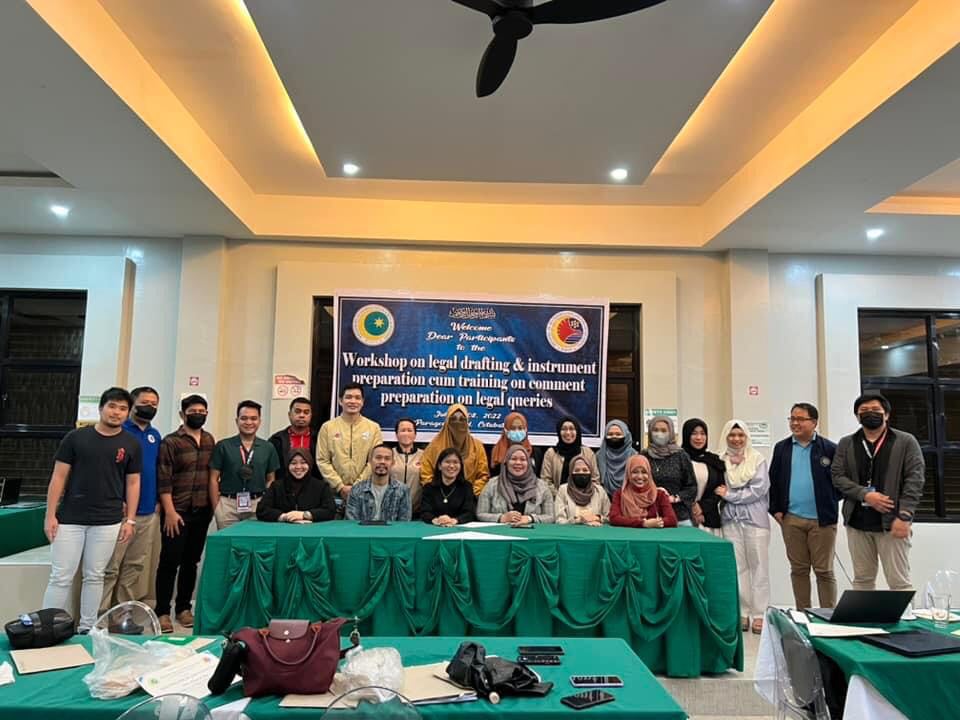 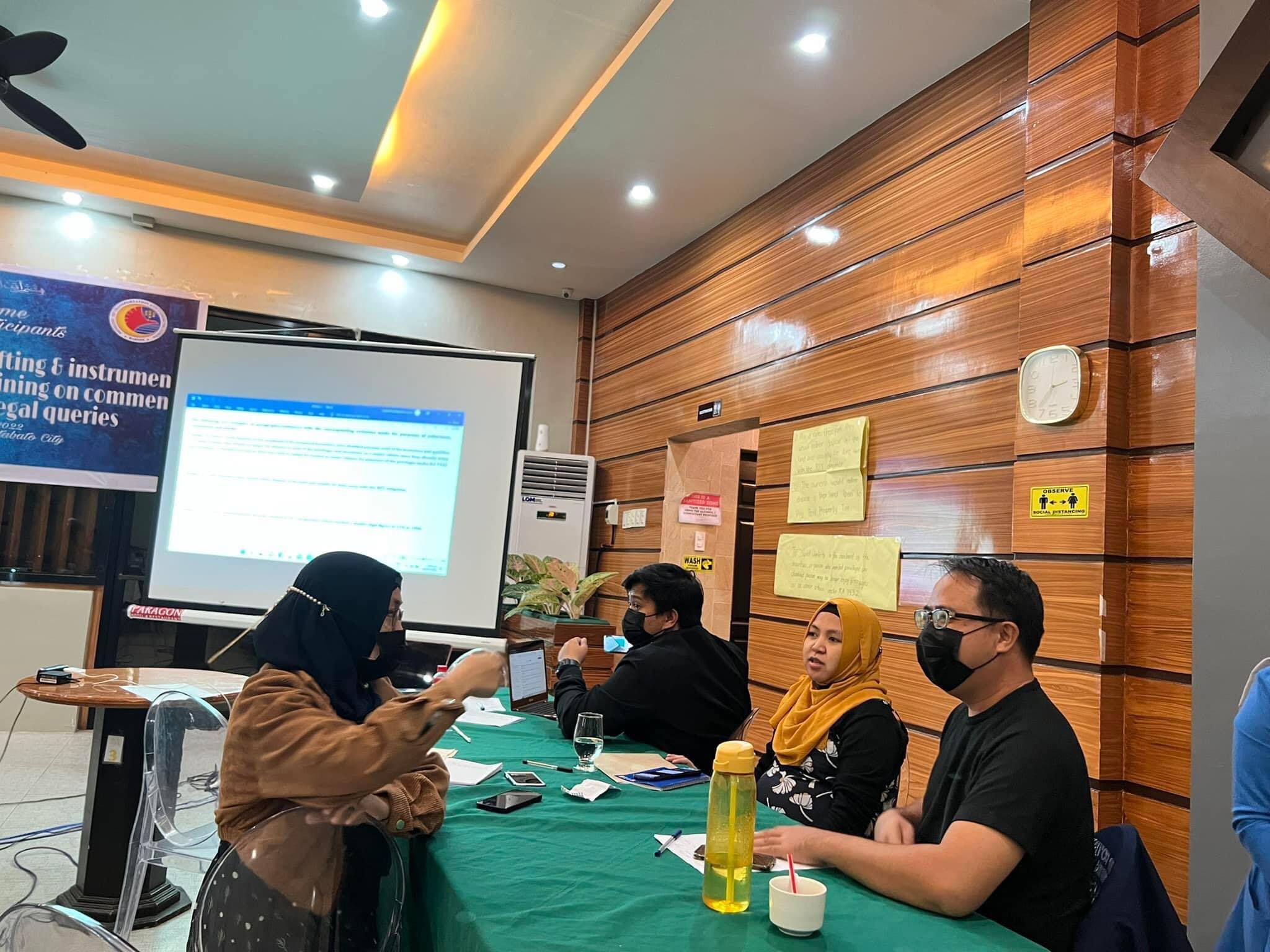 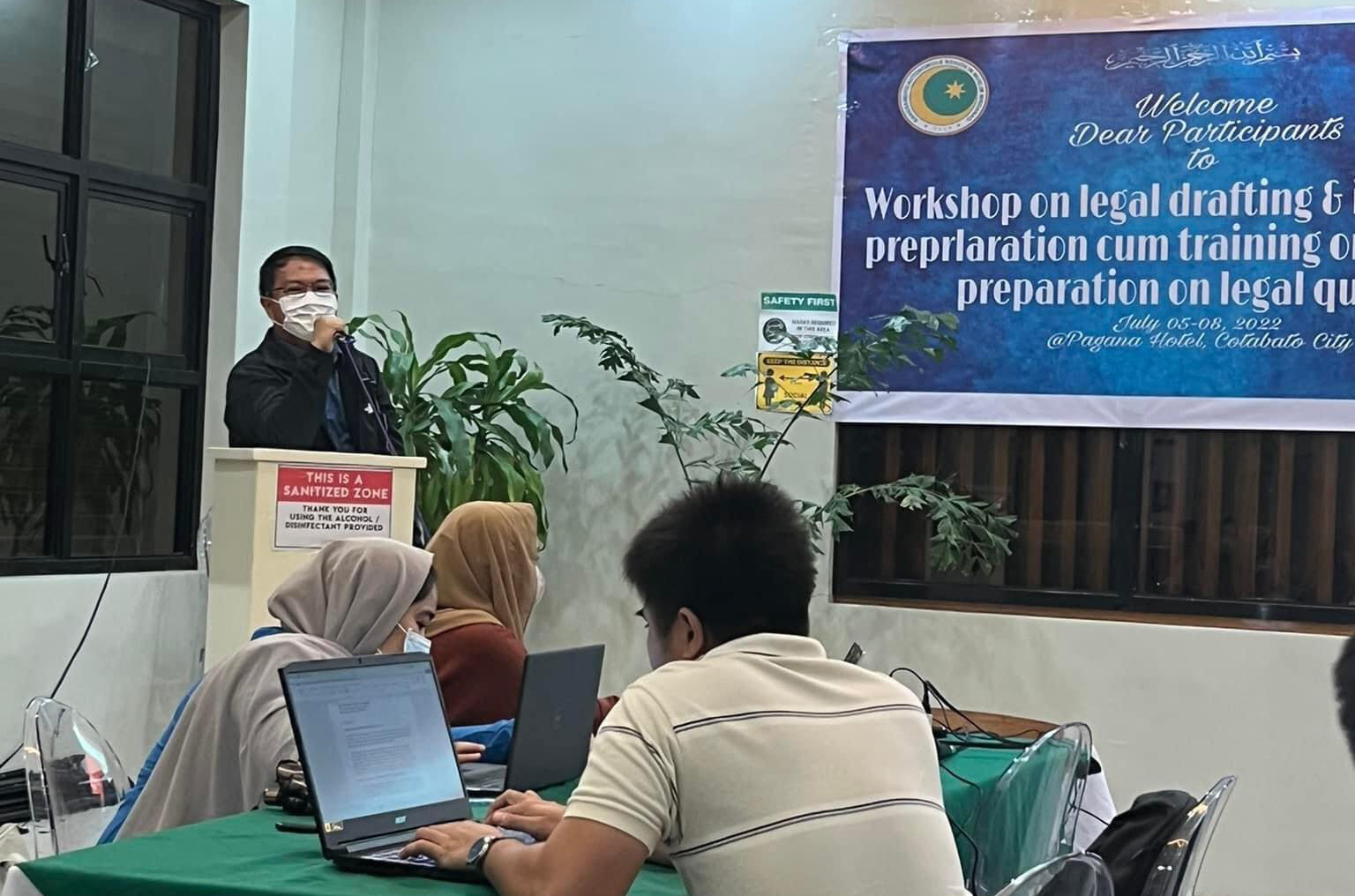 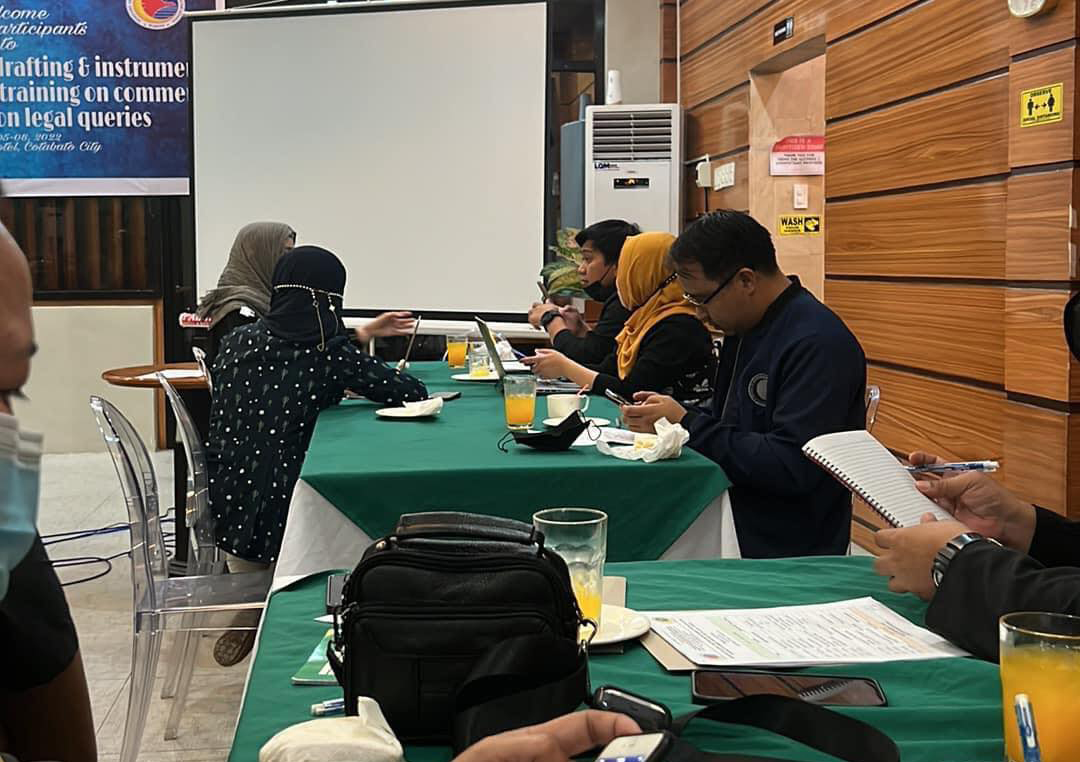 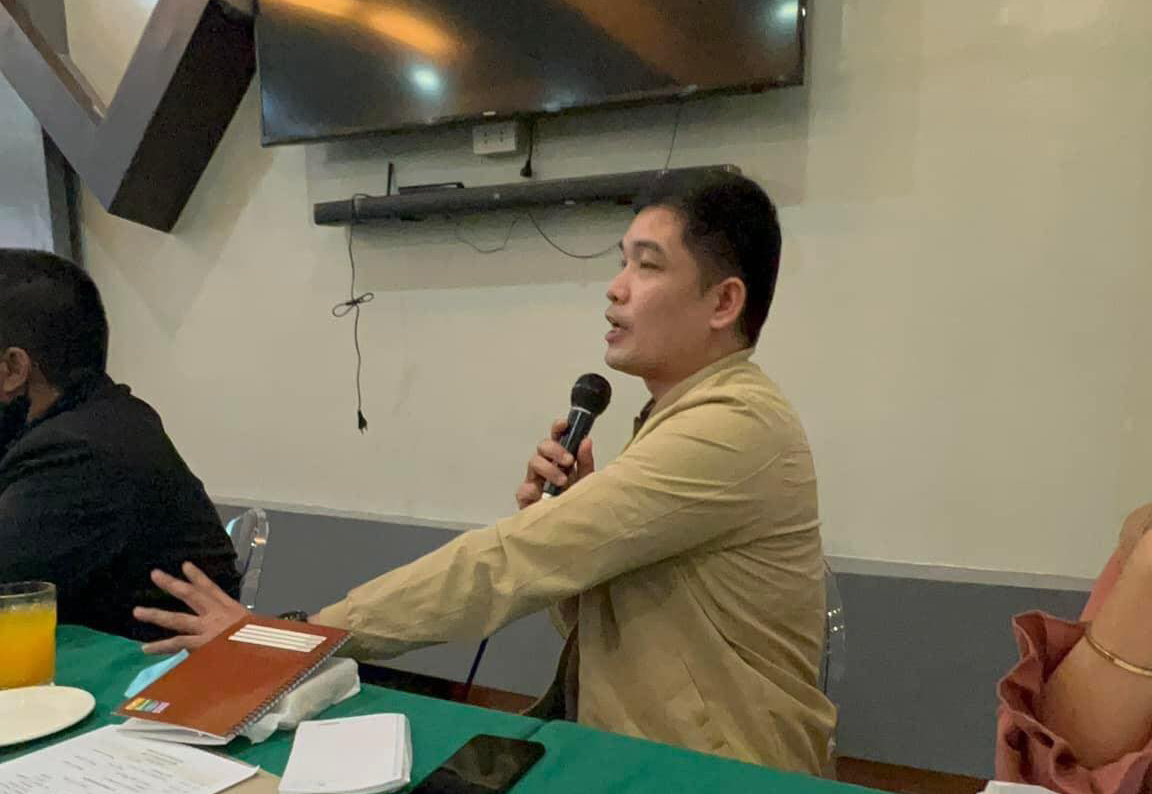 MOTC’s Legal and Legislative Liaison Services, in partnership with the Bangsamoro Attorney General’s Office (BAGO), conducted a Workshop on Legal Drafting and Instrument Preparation and a Training on Comment Preparation on Legal Queries last July 5-8, 2022. The workshop and training were specifically designed for MOTC’s sectoral offices with quasi-judicial functions, namely: the Bangsamoro Land Transportation Franchising and Regulatory Board (BLTFRB), Bangsamoro Maritime Industry Authority (BMARINA), Civil Aviation Board of the Bangsamoro (CABB), and Bangsamoro Telecommunications Commission (BTC).

BLTFRB, BMARINA, CABB, and BTC are mandated to provide policy direction by issuing rules and regulations, which is a legislative function. They are also tasked with addressing complaints and petitions, as well as adjudicating between conflicting parties, which are judicial functions. Because they have to perform legislative and judicial functions, they are called quasi-judicial bodies.

Just like the legislature or the court, they have the power to issue subpoena, to sue for contempt those refusing to obey the subpoena without justifiable reason, to administer oaths and compel presentation of books and records needed in its examination, to impose fines and other sanctions, and to issue cease and desist order.

While challenging, especially to those without a law degree, the workshops on the actual review or preparation of legal instruments – contracts, resolutions, motions, and notices, among others – were much appreciated by the participants. The legal knowledge and skills gained will help BLTFRB, BMARINA, CABB, and BTC perform their quasi-judicial functions in line with MOTC’s mission of enabling the fast, efficient, reliable, and safe movement of people and goods and delivery of information.