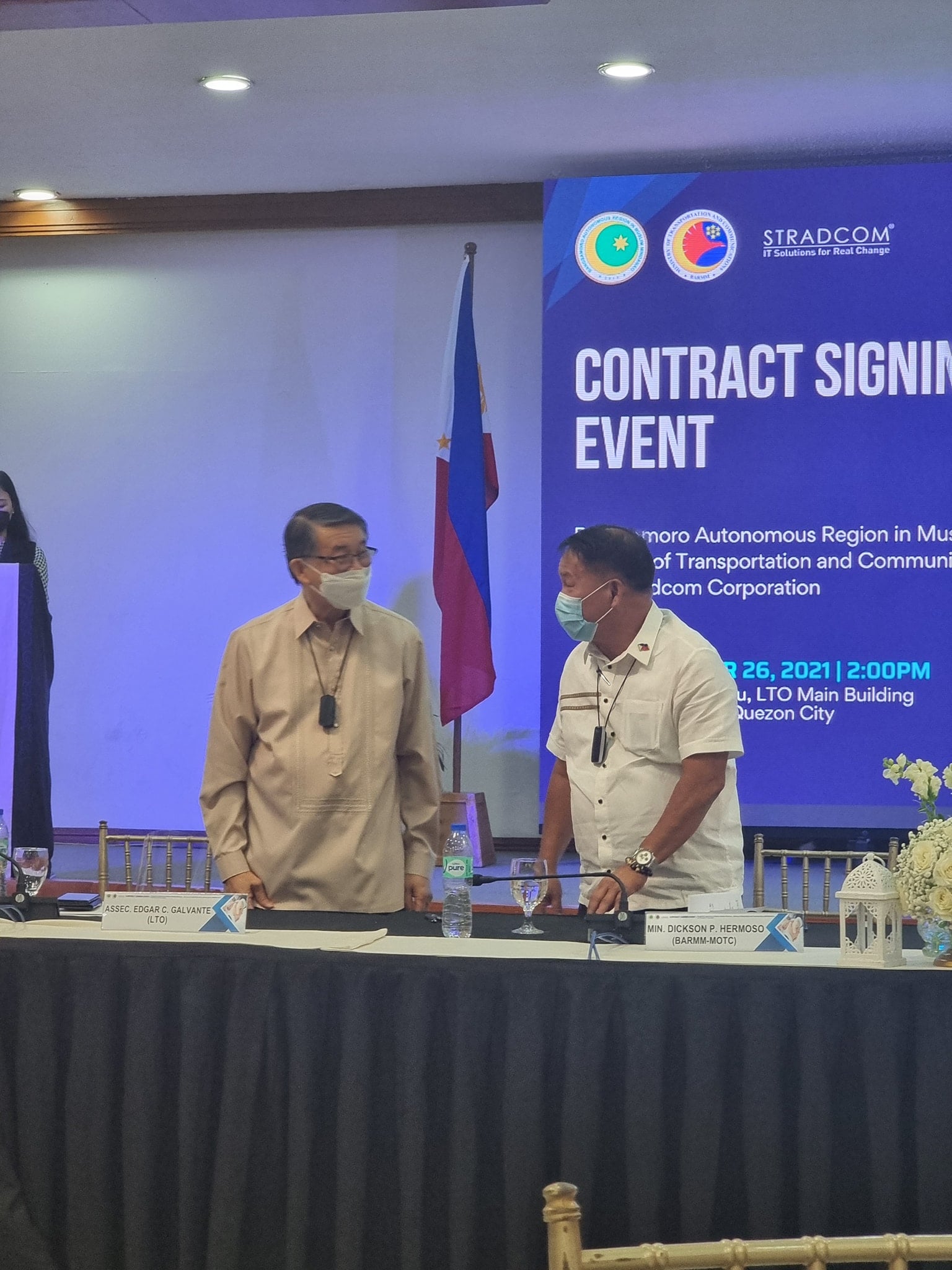 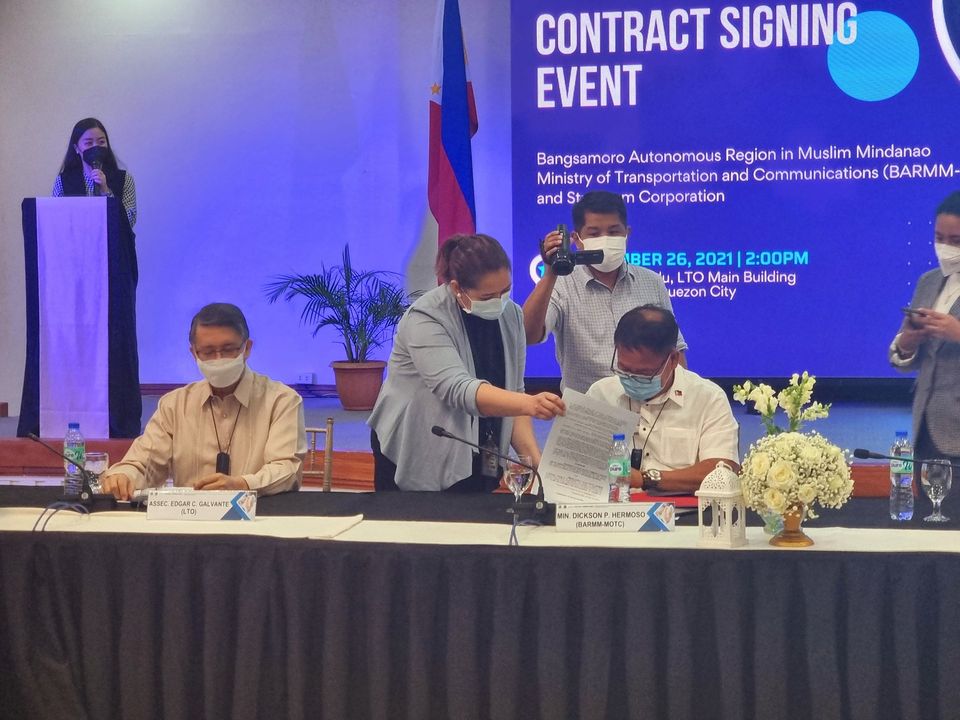 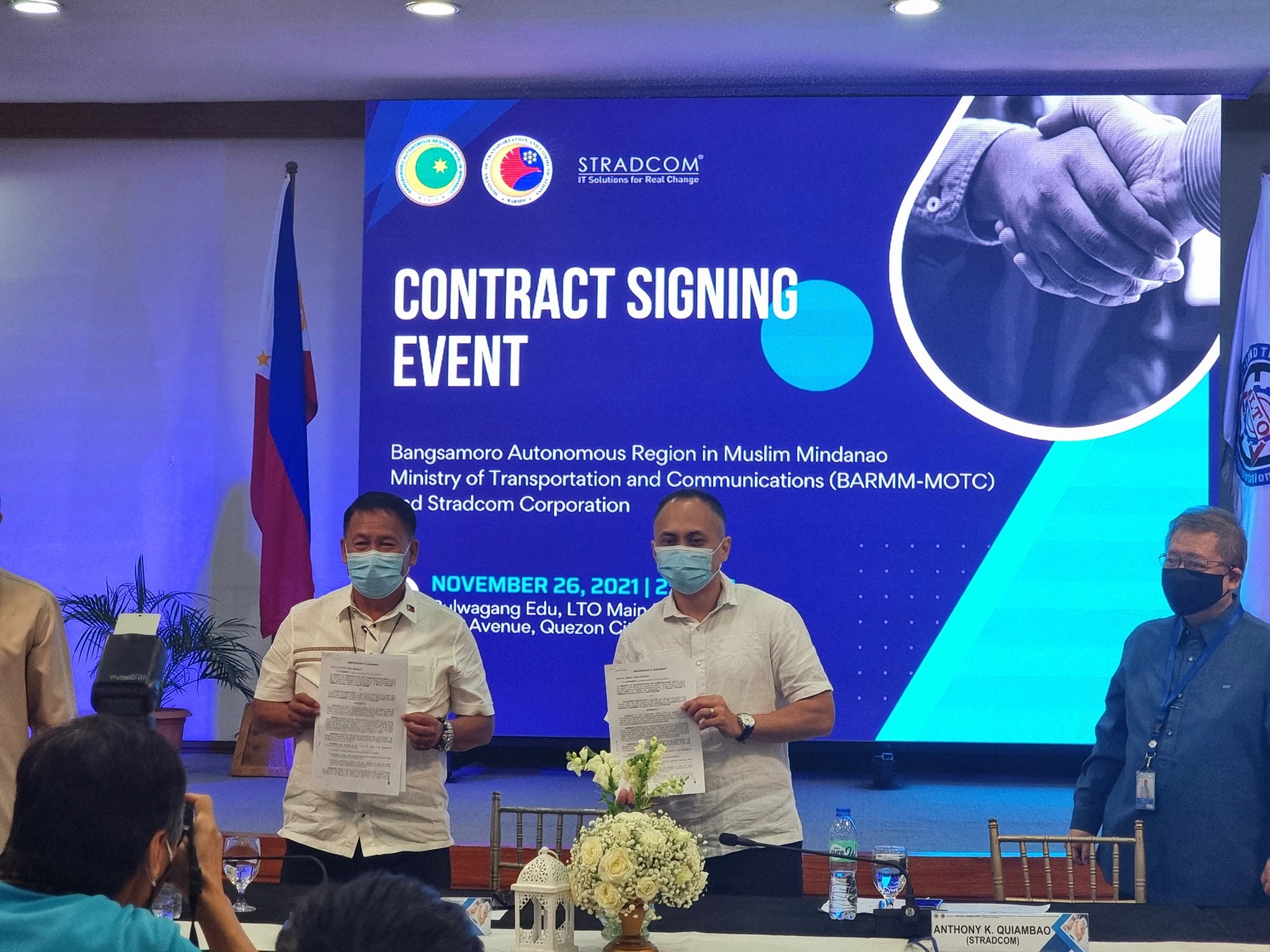 A historic signing of contract between the Ministry of Transportation and Communications (MOTC)-BARMM led by Minister Dickson Penas Hermoso and STRADCOM Corporation through its President and Chief Executive Officer Anthony K. Quiambao.

STRADCOM Corporation is the IT Company behind the computerization of LTO of the Philippine government.
Through the LTO-IT Project, STRADCOM Corporation established a multi-billion peso IT infrastructure by which the LTO has been serving the 85,000 motor vehicle registrants and driver license applicants who come to its 300 nationwide offices daily.