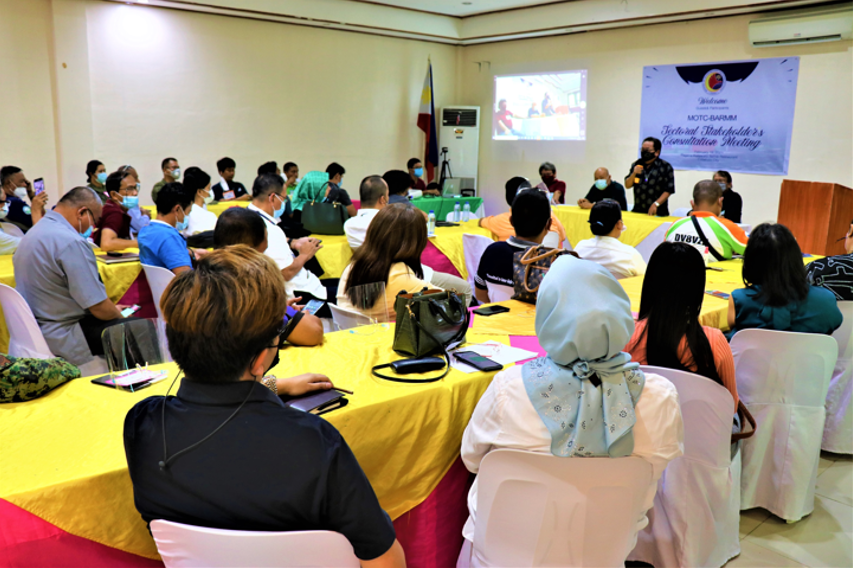 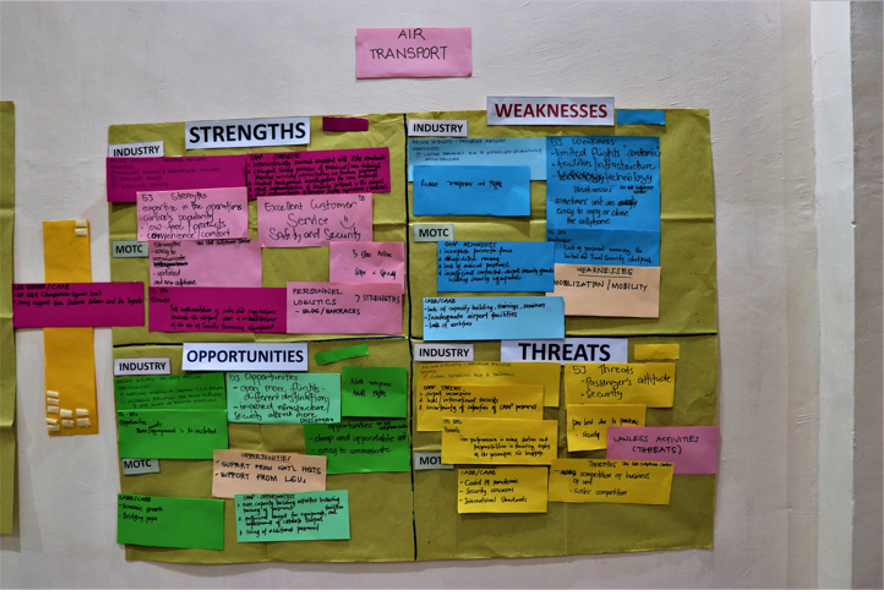 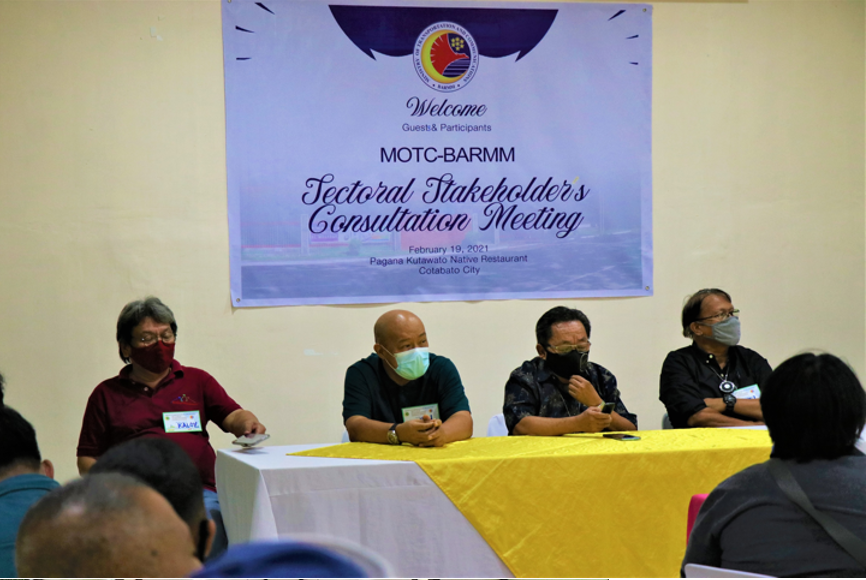 The MOTC Sectoral Stakeholders’ Meeting, in collaboration with Balay Mindanao Foundation, Inc. (BMFI) was conducted at Pagana Kutawato Native Restaurant, Cotabato City on February 19, 2021, 2: 25 pm, Friday. This consultation meeting is a prelude to the ministry’s forthcoming Capacity Building Development to be undertaken by its officials and employees to know their role in the performance of their duties and responsibilities as mandated in the BARMM Administrative Code anchored on Moral Governance.

The face-to-face consultation meeting was attended by the LTO, LTFRB, and CAAP General Managers, the 6ID Commander Major General Juvymax Uy, from the Office of the Transportation Security, PNP Aviation Security Group, Airline, and Airport Managers and representatives from the Ministry of Trade and Industry and other stakeholders for the land sector with Mr. Aaron Arumpac, MNSA, former PARO2 of the Department of Agrarian Reform, currently a Regent of the Sultan Kudarat State University facilitated the conduct of the activity.

In the telecommunications sector, General Manager Hamid Bayao, Col. Jovencio F. Gonzales from the Signal Battalion, owners and operators of the Radio, Satellite and Communication Facilities, media personalities, and other stakeholders also took part in the consultation effort with Charmaine Mae Baconga, Co-Director, International Center for Peace was hands-on in the process.

On the other hand, the sea transport sector had its meeting via zoom participated by General Managers Sahiron Alonto of the Bangsamoro Maritime Industries Authority (BMARINA), Garib Abas of Bangsamoro Regional Ports Management Authority (RPMA), proprietors of sea vessels, port operators and other stakeholders with Engr. Maritess Puspus, Consultant for Social Enterprise as lead moderator, and Baht Latumbo, Co-Coordinator of BMFI International Center for Peace as the overall facilitator.

This convergence provided an avenue to get the most pressing issues confronting the operation of the internal and external stakeholders from both the government and the private sector. Through break-up sessions, each sector was made to identify Strengths, Weaknesses, Opportunities, and Threats (SWOT) to determine a product of dimension of issues and concerns besetting the sectors’ operation.

Moreover, Balay Mindanaw Foundation, Inc. (BMFI) is the consulting firm for the Strategic Planning and Human Resource Development of MOTC. The team of BMFI plus the consultants was headed by its President, Mr. Charlito “Kaloy” Manlupig gave the effort to gather relevant information from the perspectives of external key stakeholders as to the strength and weaknesses of, as well as opportunities and threats to MOTC; external factors that affect the effective and efficient operation of MOTC, and specific issues and concerns that are significantly affecting the industries.

Finally, in his closing message via zoom, Minister Dickson P. Hermoso is very optimistic that he can draw salient points to determine which particular issues should be taken into account in developing a comprehensive plan that he visualized for the ministry. He is so happy with the result of the collaboration and hoped to result in a series of collaborative engagements with its stakeholders in the future.